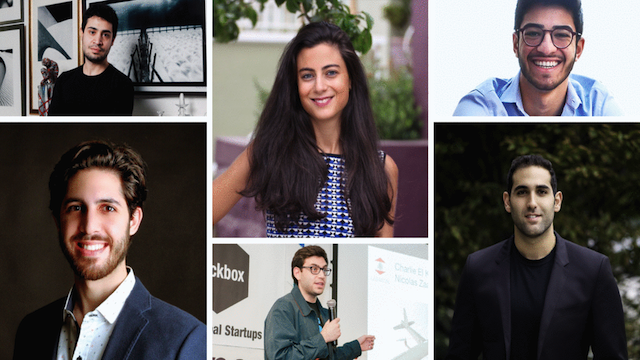 Lebanese youth continue to prove themselves year after year by bringing innovative ideas to the table.

Today, we discover the 6 Lebanese entrepreneurs who made Forbes Middle East's prestigious 30 under 30 list for 2019 thanks to their valuable achievements across various industries.

This 27-year-old entrepreneur is the CEO of live drone inspection software NAR (Next Automated Robot), which allows users to automate their drone data management through its specialized app. By processing images from a drone's camera, the app can determine the status of various structures such as oil and gas spillages.

Ranked as one of the world's top student entrepreneurs, this 20-year-old is the founder of Fallound, a software that creates perfectly-timed personalized podcasts based on user's interests and commute time. The company has recently partnered with the FIFA World Cup 2022 to aggregate and stream its audio sports news.

Having earned his medical degrees from AUB and an MSc in Neuropsychology from the Lebanese University, Fares has appeared twice on Forbes ME's 30 under 30 list and was selected among the world's top 10 young scientists for his valuable research on neurosurgery and conflict medicine.

This 27-year-old Lebanese entrepreneur is the face behind peer-to-peer education platform Synkers, which connects students with private tutors. The company currently has over 1,000 tutors across Beirut and Dubai and is looking to further expand its reach across the MENA region.

A graduate in Architecture and Real Estate development from MIT, Aboudib founded Tekuma with an aim to bring large-scale art installations into the urban landscape. He then helped launched Tekuma Frenchman Urban Design, a firm responsible for creating cities and developing urban districts around the world.

This award-winning jeweler is considered one of the Middle East's top emerging talents with an eponymous jewelry brand combining fashion and finesse that has been worn by royalty/celebrities around the world including Queen Rania of Jordan, Meghan Markle and Gigi Hadid among others.